What’s up, guys? Sean Nalewanyj, www.SeanNal.com and a couple
weeks back I posted a video talking about cardio and its effect on muscle growth. And in that video one of the main points that
I’ve made was that even though cardio technically isn’t a must in order to lose bodyfat and
get lean, since you can do that through dieting alone if you really want to, I still recommend
that pretty much everyone out there do some form of cardio throughout the week, two to
three sessions is a good guideline because it’s just something that’s good for your
physical and mental health and your overall quality of life especially if you are relatively
sedentary outside of weight training. You know, our body’s evolved to move and
it’s not normal to be stationary throughout most of the day especially if you’re spending
a lot of time sitting. And a few people responded to that video saying
that they don’t do cardio basically because they just hate it and they can’t stand doing
it and so they aren’t able to stay consistent.

And that’s a very common thing with bodybuilders
or just anybody who lifts weight in general, in that they enjoy weight training but they
just find cardio to be really tedious and so they end up doing very little to no cardio
at all. And I was the same way with this. I literally went for years just doing weight
training alone with no cardio whatsoever on top of that. I was basically just doing three to four weight
training sessions per week and then spending the bulk of my time working on my business
which was just me sitting on my laptop totally immobile for most of the day. And I can say without question that performing
cardio regularly throughout the week in combination with weight training has made a very big difference
to where my mood is better, I sleep more easily, I have better focus and I just feel physically
and mentally a lot better when I’m doing cardio consistently.

So the simple tips that I wanted to give in
this video is that if you’re someone who really doesn’t like doing cardio but you
know that you should be doing some, keep in mind that there are literally an endless number
of different ways that you can perform cardio and that it doesn’t have to be limited to
a traditional gym setting only where you’re running on treadmill or cycling on a stationary
bike.

I think one of the main reasons why so many
lifters hate doing cardio is because it’s just get boring in general and it feels really
tedious. You’re just stuck in one spot repeating
the same motion over and over and over again. And if it’s a regular low intensity session
then there’s no period of rest and you’re going to be doing it for probably thirty to
forty minutes or more. The truth is that any activity that gets your
heart rate consistently elevated and increases your breathing and has you activating your
large muscle group and just physically challenging in general, anything that does that is going
to burn calories and improve your cardiovascular conditioning and it’s going to give you
the physical and mental health benefits of cardio. So rather than looking at cardio in this very
narrow way and forcing yourself to do a certain type of cardio that you know you’re going
to hate and just trying to power through it, that might work in the short term but you’ll
probably burn out pretty quickly and end up quitting, not to mention that you’ll just
be suffering the whole way through anyway.

So rather than doing that, instead just chose
the types of cardio that you most prefer and make your cardio workouts at least as fun
and interesting as you can. So if you can’t stand the treadmill or the
stationary bike, there’s no need to use that as one of your cardio method. You could use a different machine, maybe a
stair stepper or a rower or an elliptical, or you can do what I do which is to rotate
through a few different cardio machines in the same workout. For me the thought of doing a full cardio
session in one spot just using one repetitive movement, that really doesn’t appeal to
me at all, and so what I do is break my cardio session up into three sections by starting
on the stair stepper then moving to the stationary bike and then finishing on the treadmill. 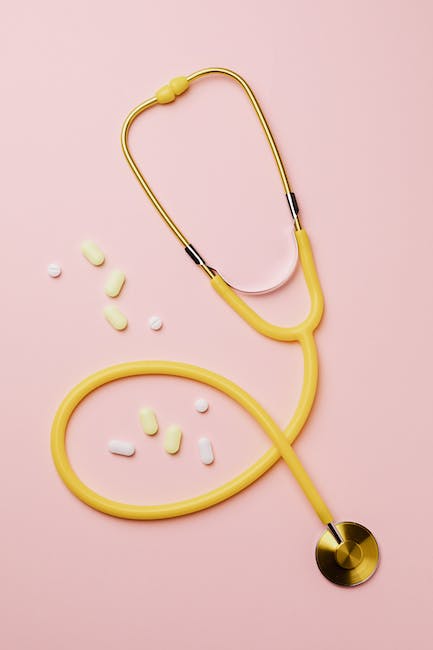 And I found that just by switching that up
and having a brief rest while I transition from one machine to the other that makes all
the difference right there and I’m able to do my cardio consistently without too much
of an issue. I mean, it doesn’t mean that I love it. I still find it challenging. And I still way prefer weight training but
it’s at least tolerable and the benefits that it gives me once the cardio workout is
over those benefits are well worth it. Now, if you can’t stand regular cardio equipment
altogether then there’s no need to force yourself to do that either. You could do bodyweight intervals, you could
jump rope, you could go swimming, you could hit a heavy bag, those are all totally fine
options as well. If you prefer the outdoors then go do something
outside. Go for a jog, go hiking, biking, kayaking,
you could just go for a brisk walk, I mean there’s just no end to the number of things
that you could do and if you can find an activity that you enjoy and that delivers those same
cardio benefits then you’re getting the best of both worlds.

You could also do something active in group
setting for example. I play dodgeball once a week in a drop-in
league just for fun. And that involves a lot of running and it’s
usually pretty tiring so I’m getting a cardiovascular benefit from it but I’m literally just having
fun the whole time and running around and not even thinking about it or treating it
as a workout. You could also do something like a TRX class,
spin class, power yoga, even fast paced forms of dancing could work if the duration is long
enough. Again, anything that gets your heart rate
up where you’re breathing more heavily and it’s physically demanding anything that
does that can be used as a form of cardio.

So in my view there’s really no excuse to
not be doing some cardio during the week because if you just take some time and put a bit of
thought into it you should easily be able to come up with a list of different cardio
methods or activities that you would enjoy or that would at least be tolerable while
still allowing you to get a good workout in. And if you go about it that way there’s
a way better chance that you’ll actually stick to your cardio plan long term and your
day-to-day life will just be more enjoyable in general since you won’t be forcing yourself
to unnecessarily suffer through a workout that you really can’t stand doing. Now like I’d mentioned in the other video
from a couple of weeks ago, if you already lived a physically active lifestyle outside
of the gym or maybe you work a physically demanding job then you probably don’t need
to worry about specifically scheduling in additional cardio workouts.

But if you’re like so many people out there
who do their weight training and are basically sedentary beyond that I highly recommend including
a bit of extra cardio in your plan. Cardio can actually improve recovery in between
weight training if it’s a lower intensity form. It improves insulin sensitivity, cardiovascular
conditioning, it’ll probably improve your sleep quality and then it also has mental
benefits as well by improving cognitive function, boosting your mood, reducing anxiety and depression,
reducing the risk of certain diseases, it’s just a good thing to incorporate into an overall
healthy lifestyle. And as long as you keep the overall frequency
and the duration moderated, so two to three sessions per week I’d say for a maximum,
and you’re spacing it out during the week to maximize recovery it’s going to negatively
interfere with muscle growth or strength gains as long as your nutrition is on point. So I hope this was helpful. If you do want to grab a complete step-by-step
plan that lays out a good balance between both weight training and cardio along with
nutrition plans, supplement guides and twelve weeks of one-on-one email coaching then you
can check out my body transformation blueprint over at www.BodyTransformationTruth.com or
by clicking here, the link is also in the description box.

If you found these tips helpful make sure
to share the video, hit the like button, leave a comment and subscribe. You can also follow me on social media here
if you aren’t already. And the official blog is over at www.SeanNal.com. Thanks for watching, guys. And I’ll see you in the next video..

Fitnestorhttps://fitnestor.com
Anyone who loves or pursues or desires to obtain pain of itself, but because occasionally circumstances occur in which toil and pain can procure him some great pleasure. Which of us ever undertakes laborious physical exercise, except to obtain some advantage from it? But who has any right to find fault with a man who chooses to enjoy a pleasure?
Previous articleSurgical Weight Loss Options – Surgical Weight Loss Program – Penn State Health 2
Next articleDwayne Johnson: ONE OF THE BEST MOTIVATION EVER (The Rock 2018)

How To Lubricate Guide Rods

Dwayne Johnson: ONE OF THE BEST MOTIVATION EVER (The Rock 2018)